PKCS8 is the eighth of the Public-Key Cryptography Standards (PKCS) and is a syntax for storing private key material. The private keys may be encrypted with a symmetric key algorithm. If the usage of your key requires it to be in plain text, make sure it is stored in a secured location. If at all possible, keep the PKCS8 formatted private key encrypted.

The header and footer of the PKCS8 syntax is the following:

—–BEGIN PRIVATE KEY—–
—–END PRIVATE KEY—–
…and if the PKCS #8 formatted private key is encrypted, the header and footer is the following:

Difference between PKCS8 and PKCS1

Some applications may even load private key information from a private key entry in a PKCS12 formatted keystore which is also common. But, many languages expect a single file and not a keystore, which makes PKCS #8 a suitable syntax.

Difference between pkcs8 vs pkcs12

These are two different specs, and pkcs12 is meant to bundle a key pair with a certificate and not to store a single pkcs 8 private key. While a pkcs12 formatted keystore is password protected, so should the stand-alone PKCS#8 private key if at all possible. This also goes for a PKCS#1 private key. Both private key formats should have a symmetric key encrypting them at rest.

To generate a private key with openssl use the openssl -genpkey command.

To convert a private key to pkcs8, run the following command:

Where -in key.pem is the private key to be converted to PKCS #8, -topk8 means to convert, and -out pk8key.pem will be the PKCS #8 formatted key.

To convert to PKCS8 in a plain text state, just add the -nocrypt option to the command:

To convert PKCS8 to PKCS1, run the following command:

See RFC 3447 for details on the PKCS1 standard. 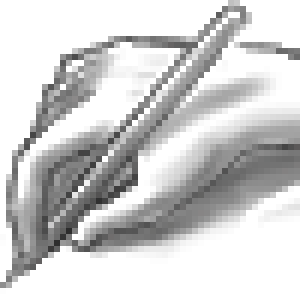 The “connection closed by remote host” message usually indicates that the remote host (e.g., a server) has closed the connection. This can happen for a

10 useful commands you need to know in Linux